What Colors Did Van Gogh Use the Most? 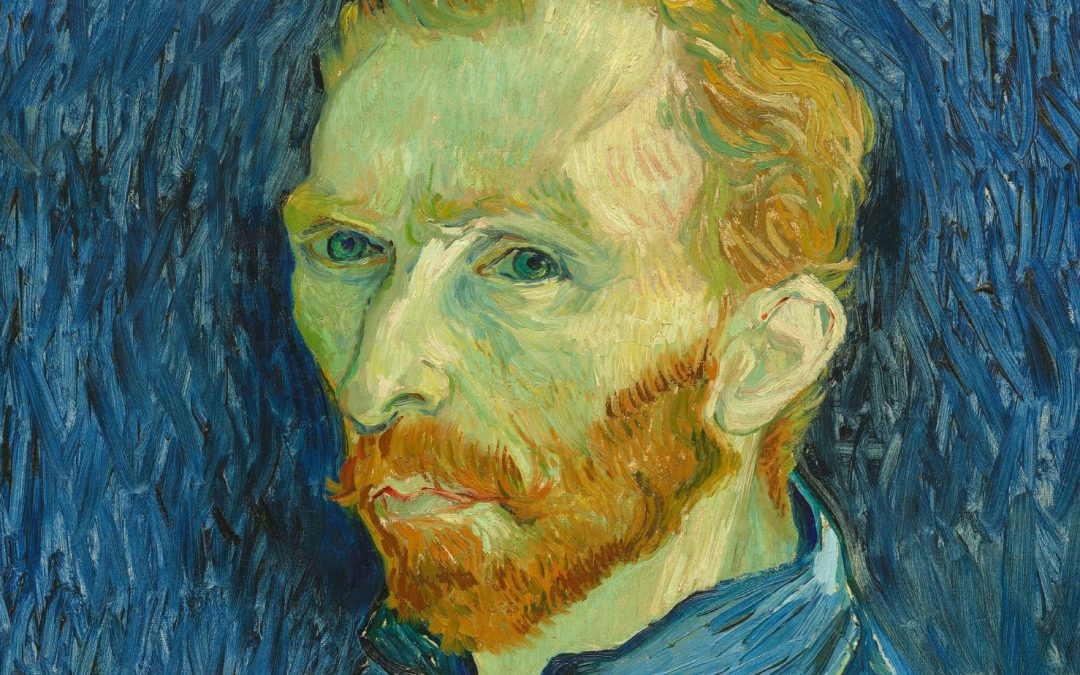 Vincent van Gogh was famous for painting his sunflowers and Starry Night, but did you know that most of his artworks are based on just a few colors?

He favored the color yellow above all others! Van Gogh was also fond of using the opposite yellow-blue color to accentuate his paintings. The colors Vincent van Gogh used most are very significant in artistic style and biography. Read on to find out about the colors we’ve discovered van Gogh used the most over his career.

This article will discover the colors Van Gogh used most in his artworks and what meaning they had in his life. 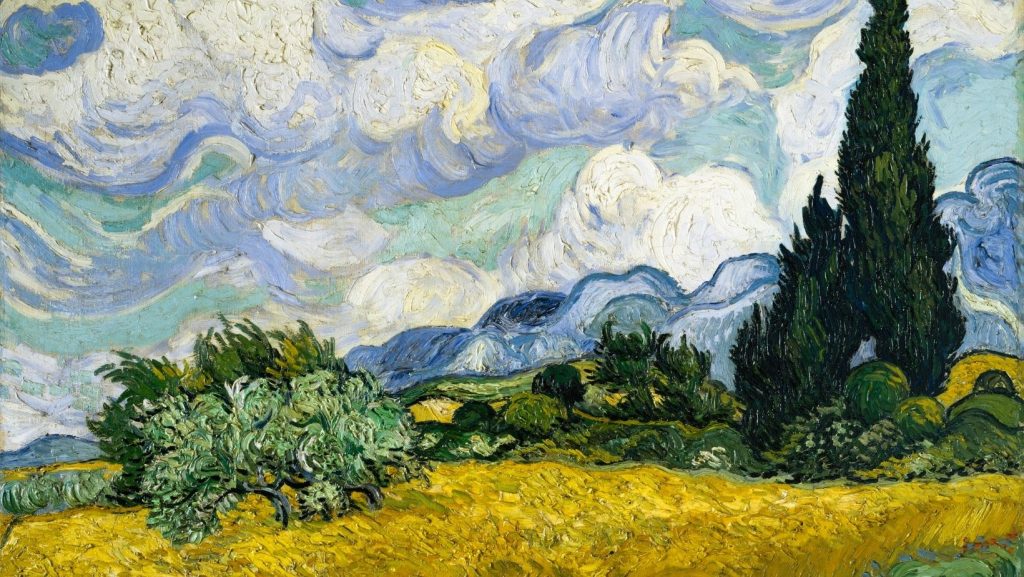 Van Gogh’s Use of Colors- Pigment and Palette

Yellow is one of Van Gogh’s favorite colors. He used bright yellows early in his career, adding other hues like ochre and cadmium yellow later on. The sunflower paintings, for example, are filled with thematic and striking use of intense yellows that contrast significantly with vivid blues and greens that fill out much of the rest of these canvases.

Van Gogh was also drawn to shades of green like viridian and malachite green throughout his career, incorporating them into works like Les Alyscamps. Although his palette is limited to only a few pigments, he combined them in different intensities giving birth to many beautiful masterpieces. He even kept a palette journal to track what colors he had used in what order.

The Prominent Hues of Blue and Yellow

Blue and yellow are complementary colors and are believed to be a calming combination that can help increase concentration. These two colors were among Van Gogh’s favorite as he used them in most of his paintings. Blue and yellow are complementary colors. When combined, they have an intense effect because one color absorbs light in specific wavelengths while reflecting others.

Yellow ochre, cadmium yellow, and chrome yellow were preferred colors that he used throughout his career. With regards to blue, it could have been any shade of blue, including turquoise, cobalt, or ultramarine.

In addition to being complementary colors, blue and yellow also symbolize upbeat feelings. Vincent used these warm and optimistic tones to convey beauty, hope, strength, and faith in his artwork. By using these color palettes frequently throughout his career, Vincent painted himself a bright future.

Van Gogh exuded optimism through bright color choices despite his madness and melancholy. The most promising of which was yellow. It is no surprise that Vincent van Gogh’s artworks are renowned for their eye-catching yet simple splashes of vibrant yellows, which perfectly capture his unique artistic style.

Colors profoundly influence people’s emotions, moods, and behavior. For example, it is thought that Vincent van Gogh drawings reflect his desire for a joyful life. In one of his letters to his brother Theo, he wrote that yellow represented happiness and warmth. He also saw red as symbolic of joy, which can be seen in paintings such as La Berceuse.

During Van Gogh’s stay at Arles in 1888, he took advantage of being close to nature by incorporating contrasting colors into summer scenes filled with sunshine using complementary, contrasting colors. His use of color symbolized moods; orange implied availability, purple excitement. But, like many other artists, he had his unique vision about art, making him take yellow as a light-hearted symbol of celebration rather than grief.

Simplicity is another characteristic seen in his work with primary colors; however, he takes it further by using them together to create delicate harmony instead of loud noise, an example being Wheat Field with Cypresses (1889). The sunny hue of the wheat field brightens up even more when placed against the cloudy sky, which reflects through cypresses giving the scene a serene feel. 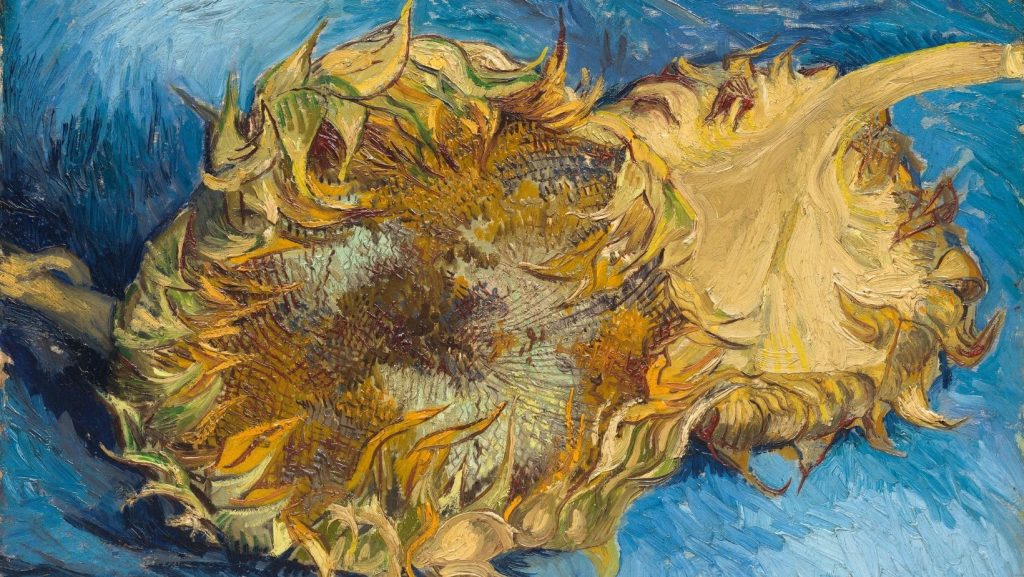 Every artist has a unique style, and van Gogh was no exception. He experimented with several different painting styles, techniques, and mediums during his career. For example, he used light brush strokes and thick impasto to create a glowing effect similar to stained glass windows in his early works.

Later in life, he incorporated bold swirls, vibrant colors, and an emphasis on unusual perspective angles to create more depth. Yet, despite these drastic changes, there were some constants throughout his work: bold color combinations and unique perspectives.

He was inspired by everything from Dutch art to Japanese woodcuts, and many believe his paintings were influenced by everything from color theory to optical illusions. His influences included Post-Impressionist artists Paul Gauguin and Georges Seurat and Symbolist painters like James Ensor and Henri de Toulouse-Lautrec.

And while no two of van Gogh’s works are exactly alike, they all share a common thread: an effortless beauty born of an incredibly unique perspective on the world around him.

Although considered unrealistic at times, Van Gogh once said I had tried my best to give expression through color itself – independently of outline or form, which shows how important warm hues were for him. Vincent van Gogh’s artworks weren’t simply about realism; they were visual expressions of how he felt about life – which is why so many people find them so uplifting even today.