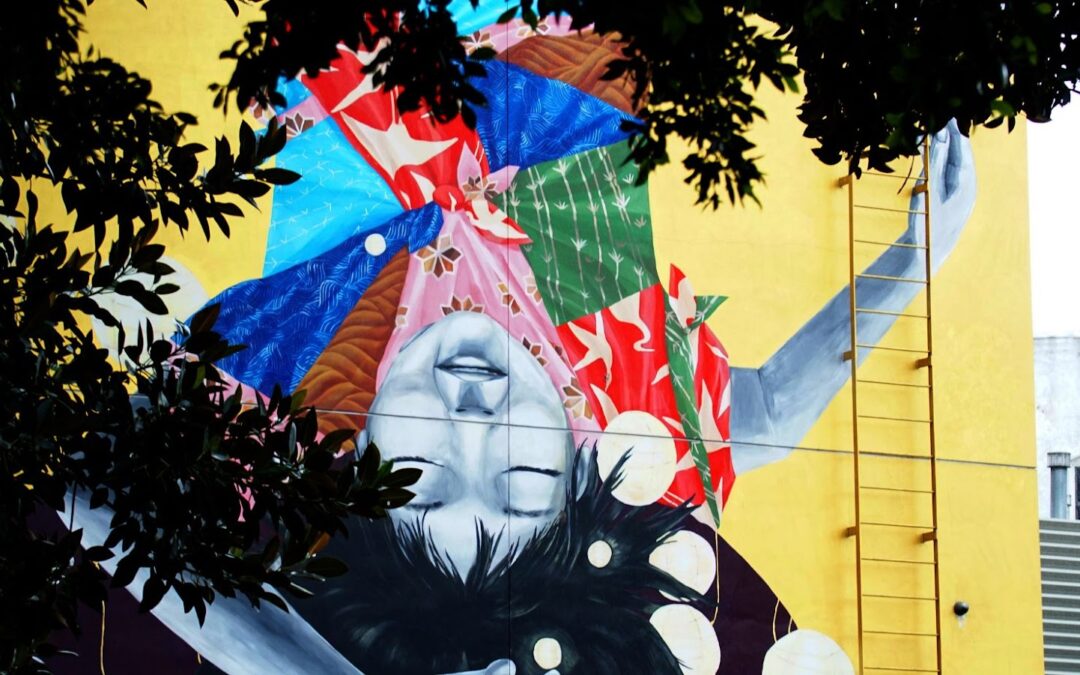 As lockdown spread throughout the world, more and more artists that use concrete as their canvas found themselves penned in and frustrated. This is a feeling that virtually everyone in the world can empathize with, though perhaps not in precisely the same way.

In this article, we’re going to be talking about how street art was influenced by COVID and what themes arose during the lockdown.

Richard Hambleton was seen to be the godfather of street art after emerging in the New York City art boom in the 1980s.

By far and away, the primary theme of any number of different pieces of street art was the idea of supporting and encouraging healthcare workers. From doctors to nurses and everyone in between that keeps a hospital running, healthcare systems around the world have seen a huge level of stress during COVID.

Artists are, in a huge way, the pieces that they create. If an artist creates a piece with a given message, it could be said that those words are an embodiment of the artist themselves. This means that, during a time in which it felt like healthcare workers were the only thing propping the world up, artists were more than happy to share a message of love and support for those spectacular people.

One of the first pieces that come to mind with this theme at the forefront is Super Nurse! This piece was created by an artist known as FAKE and was a piece of street art on a wall in Amsterdam.

The message of this piece is straightforward, though surprisingly hard to articulate. Essentially, FAKE created this piece as an ode to healthcare professionals around the world, and all the work that they do. The logo on the nurse’s mask is that of Superman, a superhero and pop culture icon. The clear implication, therefore, is that the nurse is the real-life equivalent of the classic superhero and should be celebrated just as much.

It could be argued, however, that there’s a second layer to the piece. It’s no secret that nurses often work better with children than doctors do, and part of that could be having some knowledge of the superheroes that are ubiquitous in pop culture. The piece could be seen as a nurse using Superman to bring a little joy to their young patient’s time in the hospital, despite how bleak things must be feeling to them. For a child, seeing the emblem of their favorite superhero could be a great way to edge them toward being brave enough to take a shot or to receive an unpleasant treatment that they need.

The pandemic has felt, to a large range of people, like something of a great unifier – everyone is at risk, and everyone has had to do the same basic things to stay safe. While this may feel somewhat encouraging in that we’re all in the same boat, some people have seen it as something a little more suffocating, wanting to live their normal life since they find comfort in routine.

Numerous messages have been created around the world to spread hope and encouragement to the people that need it most – the ones that may be a little more willing to break the necessary laws.

One piece that we saw during the pandemic that particularly reached out to us was the piece ‘Hope Dealer’, in LA.

The piece is quite simple, on the surface of things. A bright, evocative yellow background covers a wall, with text reading ‘Cancel pans. Not humanity’ standing twice as tall as a person. Next to the text, there is a person holding their coat open as though they’re dealing in something illicit – they offer ‘HOPE’, as well as other solutions which, while they won’t fix the problem at hand, may make things a little easier to bear. The other solutions include a smartphone, Twitter, and praying hands.

The meaning of the piece is likely a little different for everyone, though we would argue that the main concept is quite simple – the person in the piece is offering a range of options that could help someone’s emotional health. They’re offering solutions that won’t utterly reverse the pandemic, but they will bring people comfort.

These comforting solutions are needed to bring people’s ‘humanity’ to the fore – feeling hopeful and seeing good messages on social media can ignite a person’s desire to see the pandemic end. It must have been tough to paint this message, but the idea behind the mural does make sense – people ought to bring their concern for other people to the forefront, forgetting the fact that they’d really quite like to set an appointment and keep it.

During the pandemic, perhaps the greatest use that art saw was being used as a way to express anger at politicians, scapegoats, and frustrating policies enacted during a global healthcare crisis.

The first graffiti was created to protest unfair labour conditions in 1930s New York – dissent is at the heart of the medium.

Throughout the pandemic, former US president Donald Trump expressed a number of confusing and incorrect statements about the science behind COVID, including encouragement for people to ingest disinfectants. The above piece, Trump’s Covid-19 Disinfectant, by John D’Oh, expresses frustration at this anti-science speech.

At the time of the claim, people were clear to express that people shouldn’t ingest disinfectant – it can make you exceptionally ill, often leading to death. This piece expresses the unsafeness of this ‘cure’, as well as pointing out that a number of anti-science influencers used COVID as an excuse to peddle their wares. The phrase ‘The cure is here, money back guarantee (if you survive)’ is something hauntingly accurate to real life, with a range of phoney healthcare systems promising a cure to COVID at a high price, despite the fact that the only scientifically proven cure was being offered for free.

The artist’s frustration is clear and compelling in such a word-packed piece as this.

Street art has long been the medium of people struggling to express themselves, from the first pieces being scrawled on the side of train cars to later pieces being written in protest of the ‘velvet rope’ that surrounds large portions of the art world. This expression is a core tenet of the medium and was telling during the COVID-19 pandemic. Street art during lockdown may seem a little counterintuitive, but it’s perhaps one of the most reasonable things in the world.