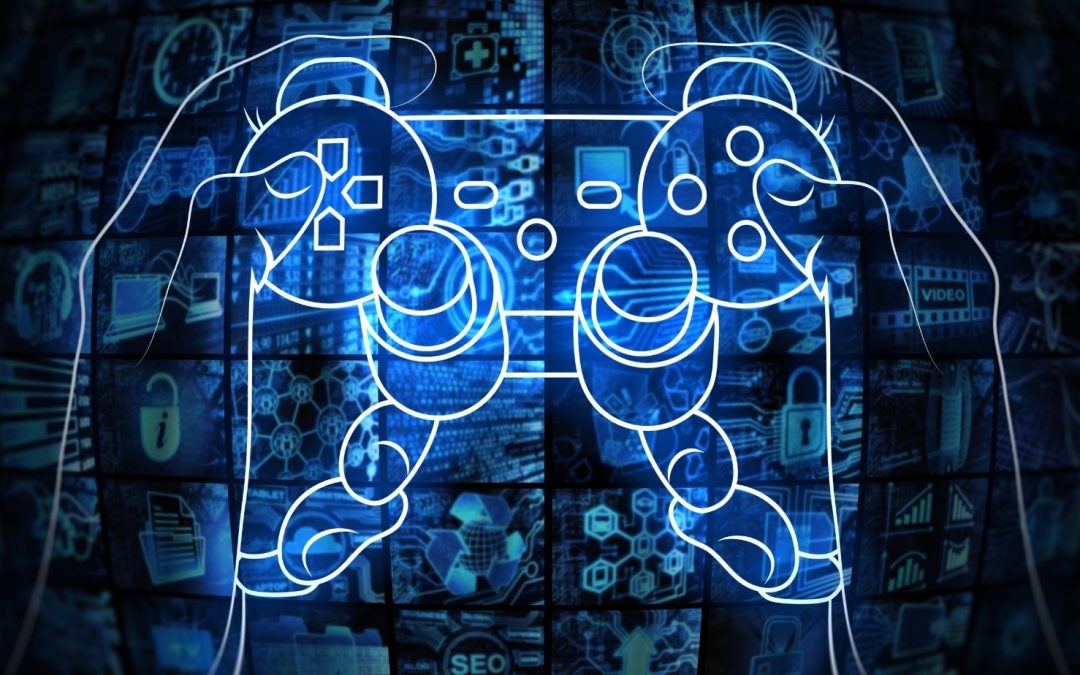 Video games are now an entirely new form of art in their own right, but in a sea of great games, what makes the cream of the crop stand out?

Quick question, what is PR? PR simply stands for Public Relations; however, it can be defined as a strategic communication process that builds a relationship mutually beneficial between the public and organizations.

If you are a fan of music, movies, games, entertainment generally, PR marketing is almost as important as the content itself. For example, the Marvel Cinematic Universe spends around 300-400 million dollars to produce an Avenger movie and then spends another 100 million dollars on a PR campaign. That alone shows the importance of marketing, and the gaming industry isn’t left out.

The gaming industry is arguably the most significant entertainment industry globally, with a net worth of around $152 billion, and game developers and publishers understand the importance of PR campaigns for their games. For example, the highly endeared, constantly-demanded Grand Theft Auto (GTA) V cost over $250 million for development & marketing prior to its release in 2013 and still remains a huge hit amongst gamers to date. However, when it comes to gaming PR, it’s more than just marketing; the marketing style also matters. Good or excellent marketing can make a low-budget game become a commercial success; just ask Angry Birds and Canadian slots online. Anyways, we’ve decided to come up with a list of some of the coolest video games PR campaigns. As listed below: 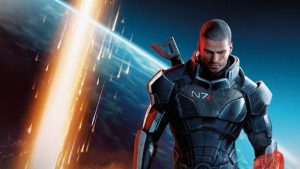 Imagine your partner (boyfriend/girlfriend) abandoning you on Valentine’s Day of all days, well that was the kind of frenzy Electronic Arts (EA), and BioWare created in 2012 ahead of the release of Mass Effect 3. The game’s Demo was released on February 14, and copies of the game were attached to a series of water balloons and sent into space with GPS trackers attached to them. Finding a landed balloon meant some lucky gamers had a chance to play the game before it hit the open market a few weeks later.

Mass Effect 3 also had a cinematic trailer ad produced for it along with a TV spot created by the global advertising agency, FCB. The packaging and PR marketing for the game and its development are believed to have cost upwards of £200 million.

How do you promote a horror game publicly? That was the multi-million dollar question answered by Capcom back in 2009 with the release of Resident Evil 5. The game, which is one of the 80-odd titles released in the Resident Evil franchise, had a PR campaign that had fans hunting for a body part treasure in London’s Trafalgar Square.

The media stunt generated a lot of media amongst the public, especially when smeared chicken livers added as part of the search went missing. Still, Capcom released a statement urging residents of London not to be alarmed if they came across such parts. In addition, the game itself was set in the fictional African area of Kijuju, and the winner of the treasure hunt was offered a trip to visit the continent of Africa.

The PR campaign turned out to be a huge success for Capcom, as Resident Evil 5 became the best-selling game in the franchise with over 6.6 million copies sold in less than five years. 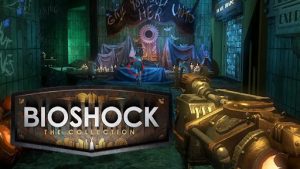 Are you ready for BioShock?

After the critical and commercial success of BioShock 1, 2K games decided to switch their marketing strategy by trying a new approach. The company is known for developing games like Mafia, WWE, and NBA 2k launched the narrative-led “Something in the Sea” campaign, which aims to target both old and new fans of the BioShock franchise. On the 10th of August 2010, they loaded empty fictional wine bottles with hype-inducing posters for the game and washed those bottles ashore on ten different beaches worldwide.

The location of those bottles could be tracked on the “Something in the Sea” website, with fans actively participating in the hunt to find them. One of the trailers for the game was also launched on Jimmy Fallon’s late-night show as early as February in the same year, leaving fans yearning for the release of the game. BioShock 2 was one of the best-selling games released back in 2010.

Creating a PR campaign might sometimes involve coming up with the most absurd ideas, and that was what marketing giants Trailer Park did for the release of Batman: Arkham City.

After the commercial success of 2009’s Batman: Arkham Asylum, President of marketing for Warner Bros. Interactive Entertainment, Russell Arons emphasized the need to create a best-selling game and not just a best-selling superhero game. So trailer Park decided to create black and white aesthetics of Batman, using costumed actors to create viral videos of Gotham’s favorite superhero. The company also opted to add blood to the costumes and actors to help humanize Batman.

The entire PR campaign took over a year to develop and cost around $10 million. However, the risk paid off as Batman: Arkham City sold over six million copies in the first five months, making it one of the fastest-selling titles in the franchise. 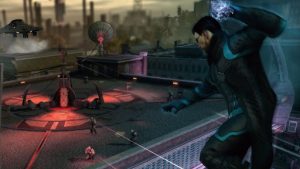 Saints Row is now a classic

After being accused as a rip-off of the Grand Theft Auto series, Saints Row developer Deep Silver took things to a different level for the fourth title in the PR campaign. The company released the Super Dangerous Wad Wad Edition of the game which reportedly cost $1 million. It included plastic surgery, spy training, a Toyota Prius with one-year insurance, a replica dubstep gun, a Lamborghini Gallardo, and seven nights at Dubai’s Burj Al Arab.

Deep Silver also leveraged the GTA comparisons by titling an expansion pack for the game “GAT V”. This market-savvy approach pay dividends for the company as Saints Row IV sold over one million copies within the first week of its release.

Polyphony Digital and Sony Computer Entertainment gave the Gran Turismo series’s fans a special treat when they partnered with Mercedes-Benz World. The treat allowed enthusiasts to test drive the real-life version of the Mercedes SLS AMG – a car that also appears in the game.

The media strategy for the fifth installment in the series also launched the “We Love Cars” campaign in Japan, leading to a huge frenzy about the game. In addition, the PR campaign for the game also involved the likes of Schick, Tissot, Subway, and Honda, with the latter launching a branded Honda CR-Z event in Times Square, New York.

Gran Turismo launched in November 2010 to a flurry of commercial success and had sold around 11 million copies by March 2013. 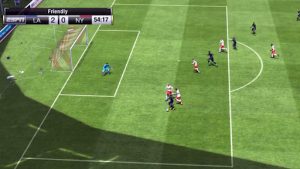 Before improving the commercial value of Paris Saint-Germain and the French Ligue 1, Lionel Messi had already done something similar or even better for American gaming giants Electronic Arts (EA) following the release of FIFA 13. The FIFA franchise was already a household name in the sports gaming industry but making Messi the face of the campaign for FIFA 13 took things to a different height. First, there was a “Join the Club” TV ad that featured the mercurial Argentine superstar footballer; the soundtrack for the game also generated a lot of hype. Then, when the Gamescom trailer generated over four million views on YouTube in a short period, all roads pointed to commercial success for EA.

The Call of Duty franchise is a huge favorite amongst gamers and celebrities alike, so it was no surprise when Sam Worthington and Jonah Hill were featured in the TV ad for the Call of Duty: Modern Warfare 3. The marketing campaign for the game also included a Modern Warfare 2 decal being designed on the stock car of NASCAR driver Joey Logano.

Activision, publishers of the Call of Duty series, held a two-day convention in Los Angeles in conjunction with the creative agency AntFarm dubbed the Call of Duty: 2011.

The entire PR campaign (distribution and marketing) reportedly cost around $200 million, and Activision reaps the benefits as the game sold over 27 million copies while raking in $1 billion. 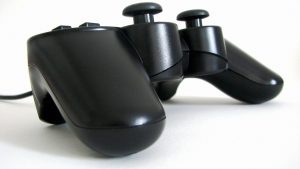 PS2 was an instant hit

After watching both Nintendo and Sega dominate the video game war from the 1980s, Sony launched the first PlayStation console in 1994. However, it wasn’t until the start of the millennium that the multinational corporation launched the critically acclaimed PlayStation 2.

Sony knew they had to do something different from both Sega and Nintendo in terms of marketing to garner the attention of the public and hence, the release of the popular “Life is Short Play More” video. The ad shows a baby being born and ageing rapidly while flying through the air before crashing into a grave. Despite the lack of social media of cos, in the year 2000 – the ad was a vital success and was shared internally at Microsoft via email before its release.

The video ended up being shared over one million times via email thanks to its size of 2 MB, and it inspired the creators of the ad to put it on the TV.

Eight years after its initial release, Grand Theft Auto V is still one of the best-selling games out there. The Rockstar website and other distributors were sent into overdrive when the game went on sale again in 2020. The entire development and PR campaign for the game is reported to have cost above $250 million, and the rewards for such boldness were almost four times the investment.

After dropping a link to the GTA V website on Twitter seemingly nonchalantly in October 2011, Rockstar followed that up with a trailer a few weeks later. The second trailer for the game dropped almost a year later, in November 2012, which had fans salivating for the game’s release.

Murals of the game appeared in Manhattan, New York, while exclusives pre-order deals, strategic billboards, and posters were also in trade across the United States and some other countries. By the time the game was released in September 2013, it had shattered a host of Guinness World Records and became the fastest entertainment property to hit $1 billion. 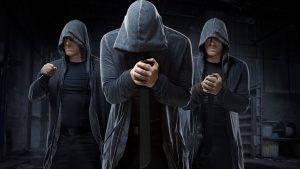 Developed by Ubisoft Quebec and published by Ubisoft, Assassin’s Creed Syndicate is the ninth major installment in the franchise and took place in more recent times than the rest. For example, during the Electronic Entertainment Expo (E3) in 2015, Ubisoft had fans and actors dress up as Jacob & Ivie Frye, the game’s two protagonists, which created a frenzy in Los Angeles and amongst gamers able to attend the conference.

Assassin’s Creed Syndicate is set in the historical Victorian era of London in the 1860s and includes a fictional plot of real-world events. The game also features historical characters like Charles Dickens, Alexander Graham, Frederick Abberline, and Charles Darwin, to mention but a few.

Assassin’s Creed Syndicate was disappointing in sales during its first week of release thanks to backlash from fans over the last title in the series of the Assassin’s Creed Unity. After that, however, the sales increased as the game sold over four million units worldwide in four months.

Joey Logano is nicknamed “Sliced Bread”, perhaps he should be nicknamed “the gaming driver” or something regarding games as he seems to be the go-to NASCAR driver for video games PR. The 31-year-old racing driver again had his car wrapped with another gaming poster following that of Call of Duty: Modern Warfare 2– with an artwork of God of War III to promote the game.

Santa Monica Studios and publishers Sony Interactive Entertainment (developers of this game) went the extra mile to market the third installment of the popular action. They performed it by asking fans to submit their “Ultimate God of War fan” videos while staging a “last titan standing” contest. As a result, God of War III was released in March 2010 and sold over five million copies within four months of its release.