What is the difference between the arches used in Romanesque and Gothic cathedrals? 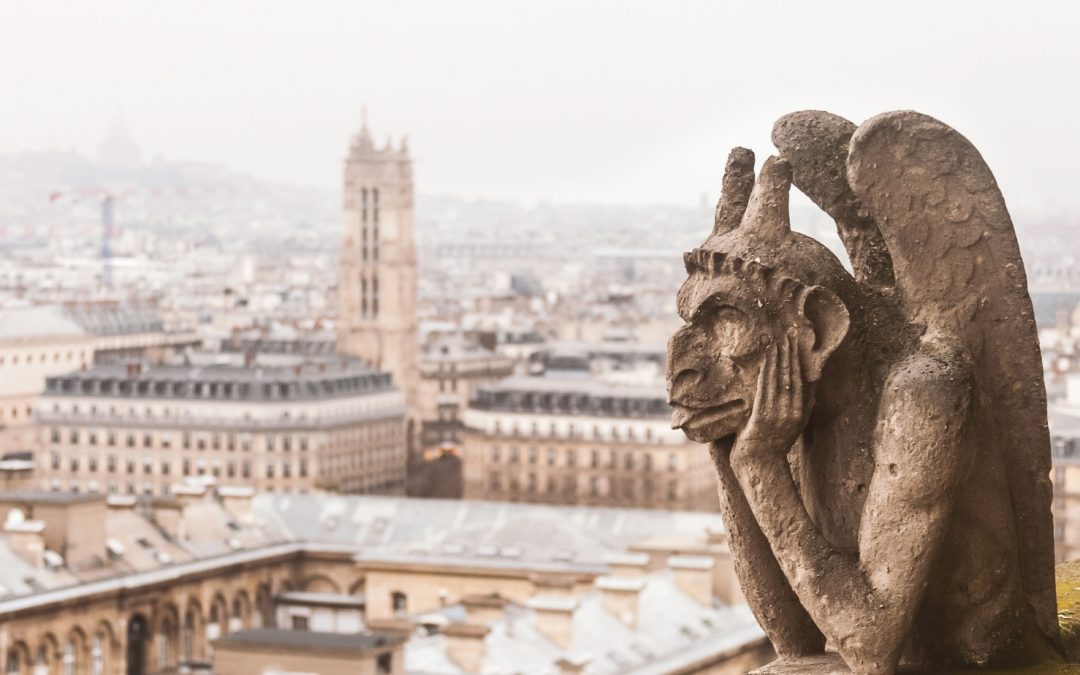 If you’ve ever been on a guided tour before, perhaps somewhere in Europe, you have probably had all sorts of architectural terms thrown at you. Classical, Art Nouveau, Baroque to name a few. I’m sure Gothic and Romanesque have been thrown in the mix as well. But what do they mean?

How do you tell the difference between Renaissance and Rococo? Let’s start with two major historical periods, Romanesque and Gothic. Once you know the fundamentals of each style, not only will you understand more when the local guide does their thing, but you will understand without resorting to a guidebook. One of the more glaring differences between Romanesque and Gothic are the arches, let’s take a look and delve a little deeper.

Fancy watching a video on the differences between Gothic and Romanesque architecture instead? Listen and learn with Russel Tarr

We can break down architectural styles into a few broad categories, stretching from the ancient world to the modern. The most notable categories are Classical, Byzantine, Romanesque, Gothic, Renaissance, Baroque, Art Nouveau, and Modern. As we’ve mentioned before, different architectural types refer to specific periods of time, meaning that if something is classical, the term can only be used if the said structure was built in that time period. Take the famous Greek temple Parthenon for an example: It was built in the 5th century BC and thus considered Classical architecture. Broadly period lasted from the 5th century BC until the 5th century AD. Same stands for the iconic Coliseum of Rome, which was constructed in the first century AD.

Different architectural types refer to specific periods of time, meaning that if something is classical, the term can only be used if the said structure was built in that time period 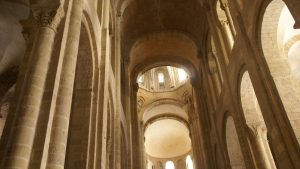 The Romanesque architectural style is connected with the 9th century, although some propositions relate its introduction with the 6th century. Roman and Byzantine styles primarily influenced this architectural style. Four centuries after the fall of the Roman Empire, the remains of Roman architecture were still present around Europe. They served the Emperor Charlemagne of the Holy Roman Empire as a model to construct churches in Roman style. 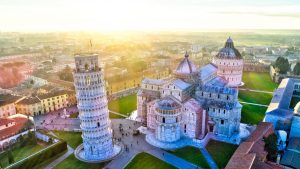 Key characteristics in Romanesque architecture were: massiveness of the building’s structure, thick walls, minimal decoration of the exterior of the buildings, symmetrical plan. Inside, Romanesque buildings are defined by their massive pillars and dark interior due to small windows. Famous examples of Romanesque architecture are the Leaning Tower of Pisa, Durham Cathedral, Canterbury Cathedral, and Basilica of Saint-Sernin. Over the course of four centuries, this architectural style expanded throughout Europe and left traces that we can admire even nowadays.

Famous examples of Romanesque architecture are the Leaning Tower of Pisa, Durham Cathedral, Canterbury Cathedral, and Basilica of Saint-Sernin

The Gothic architectural style was first seen in the 12th century, and we can trace its beginnings in France. Elements of the first Gothic architecture are seen in the reconstruction of the choir in the Basilica of Saint-Denis in Paris. We can detect a greater emphasis on verticality and a much lighter interior with the use of stained glass windows. The Romanesque style was very different from the Romanesque style. This architecture style featured key elements such as tall buildings with slender structures pointed to the sky, flying buttresses as an innovation in engineering, and big windows with stained glasses that provided more light inside the building. The most remarkable and typical example is Notre-Dame cathedral in Paris, followed by Cologne Cathedral and Salisbury Cathedral. Gothic architecture was present in Europe for four centuries, even though we can find many examples of this unique style after the 15th century. When we find something built in the style of, but outside that period, we simply add “Neo”, i.e “Neo-Gothic”.

Elements of the first Gothic architecture are seen in the reconstruction of the choir in the Basilica of Saint-Denis in Paris.

The key difference between the two styles is very simple- Buildings of Romanesque architecture have rounded arches inside, while the main characteristic element of Gothic architecture are pointed arches. These arches were almost always used for doorways, windows, arcades, and vaults and they both had a structural and decorative function. Once you know it, it is very simple to distinguish different styles and eventually to come to your own conclusion about them. The more you can learn about these basics, the better you will understand the buildings and their defining architectural elements. A little knowledge goes a long way.

What do you prefer Gothic or Romanesque? Let us know in the comments below…