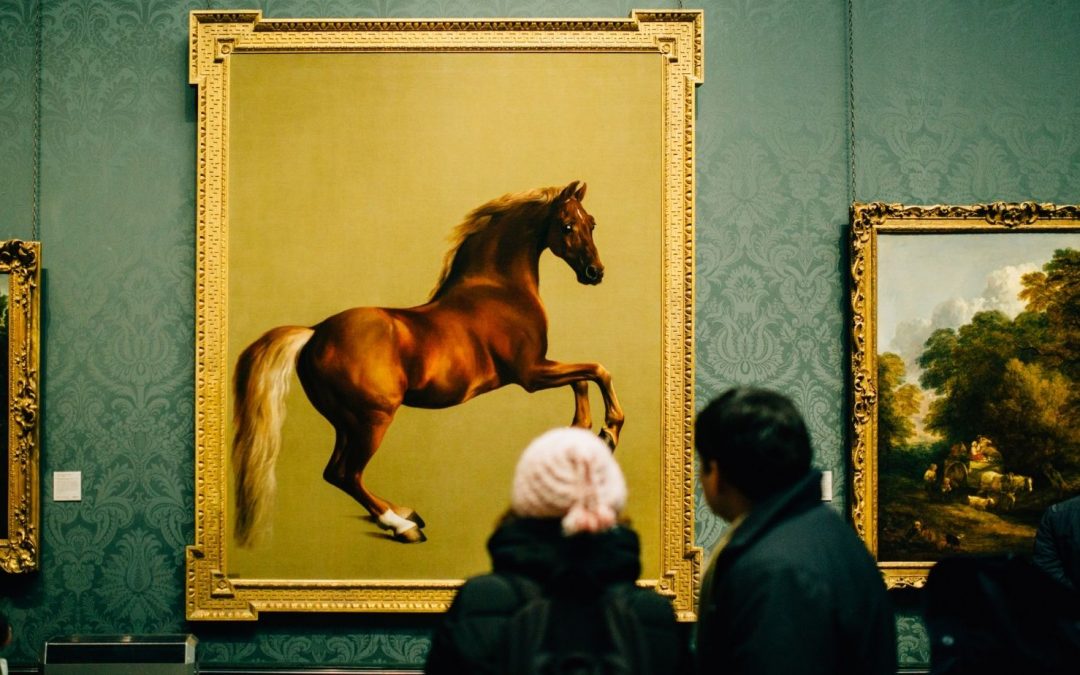 British artist George Stubbs’ painted this amazing portrayal of a horse around 1762. It depicts Charles Watson-Wentworth, the Marquess of Rockingham’s horse, rearing up against a plain brown background. It is on display at the National Gallery of London and is approximately life-sized. Stubbs painted a lot of depictions of horses during his career. It was painted after the end of the racing career of Whistlejacket, who was a pure-bred Arabian horse which is some of the fastest horses in the world, and Stubbs wanted to show the beauty of the horse in all its glory. It was purchased by the National Gallery of London for £11 million in 1997 and has remained there ever since.

Born in 1791, Théodore Géricault was a French painter who painted this piece of art in 1821 and is currently on display at the Louvre in Paris, France. He was an exceptionally talented painter who painted portraits and landscapes. His most famous painting is The Raft of the Medusa, which was painted in 1818-1819 when he was only 27 years old and is also on display at the Louvre. 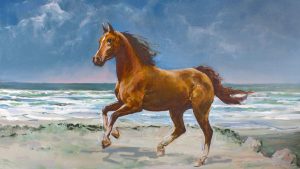 He was a lover of horses and painted many scenes involving horses and their riders. The 1821 Derby of Epsom is an example of his love of horses and horse racing. The scene is based on a real race that was won by thoroughbred Gustavus, who was the first grey horse to win the race and would have had great Tancred Stakes betting potential if he was alive today. The picture is not factually correct, with the legs of the horses not accurately depicting how horses run, but besides that, this oil painting is a rare example of the artists’ skill that he honed during his travels to England.

French Impressionist Edgar Degas (1834-1917) is widely known for his large array of paintings which included portraits and real-life situations. He often wanted to give an effect that he was capturing a moment and was remarkably skilled at it. Before the race (1882-1884) is a classic example of that, with him displaying the racehorses and jockeys getting ready to line up and race. Degas was well-known for producing many different horse-related artworks, including At the Races, which is currently on display at the Musée d’Orsay in Paris, and Jockeys Before the Tribune (circa 1872), Jockeys (1886-1890), and Jockeys in training (1894).

As mentioned before, artworks depicting horses have been found in caves throughout the world from a long time ago. Caves in Spain and France have many depictions of horses and other animals, with the Lascaux cave paintings in France being some of the most notable. They have been dated to about 17,000 years old, but the caves have been closed to the public since 1963 due to contamination that was deteriorating the walls of the cave. Out of 6,000 figures, around 900 have been identified as animals, of which 364 of them were horses. 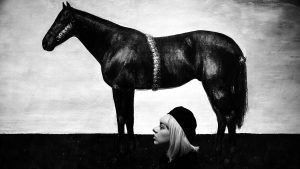 As a beloved friend of man, the noble horse is depicted in many ways in artworks around the world, with racehorses holding a special fascination for more than one notable artist in history.